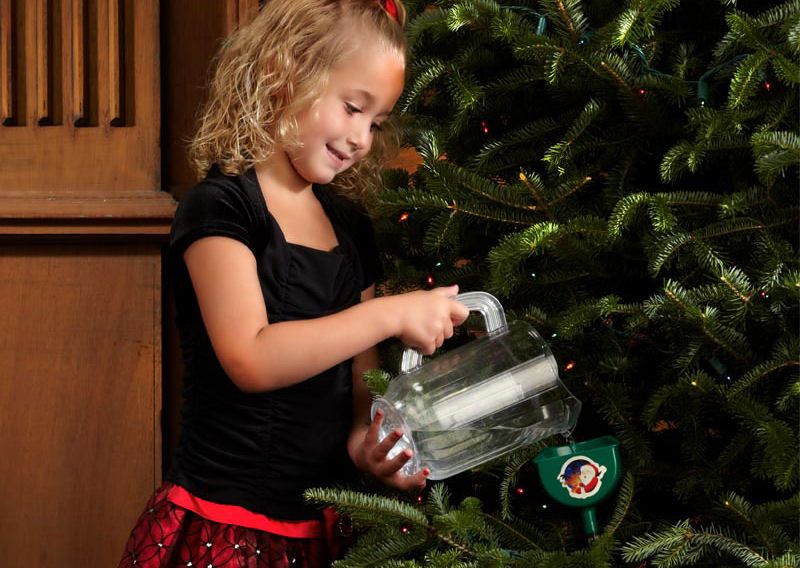 Shockingly, one of the most common causes of fire over the festive period is from Christmas trees. That’s right, you read that right, that pretty looking green thing in your living room.

The top tip for preventing a fire from your Christmas tree is to keep the tree well watered. A dry tree will ignite amazingly quick around an ignition source such as faulty Christmas lights, a heater or open fire. All you need to do is make sure the tree is watered regularly and ensure it is not placed near to an open fire place or heater.

Other useful tips include:

We urge you take these tips seriously, and you will have a safe and enjoyable Christmas time. Our real Nordman Fir Christmas trees, Fraser Firs and Blue Spruce’s are cared for all year round, so don’t let something as small as forgetting to water the tree ruin your Christmas.

Have a read of the article by The Daily Mail on the topic:

"How fir will it go? Christmas tree planted outside couple’s home 30 years ago now towers over their house

A Christmas tree planted by a couple in their front garden more than 30 years ago has become a village landmark as it has grown to tower above their house.

When Avril Rowlands, 67, and husband Christopher, 68, bought the small pine tree for just £6 from a garden centre in 1978 they hardly expected it to be standing higher than 40ft tall 34 years later.

The couple planted the 6ft tree outside their new home in the village of Inkberrow, Worcestershire, and took a photograph to commemorate the occasion.

But after more than 30 years of dedicated care it is still standing proud at 42 ft tall, and it is still growing.

The tree has become so big it now towers over the couple's home and has become a focal point for the local community.

Each year it is decorated with more than 1,000 traditional tungsten bulbs using a cherry picker loaned by a local firm.

And for the last three years the couple have held on switch-on event which many villagers now see at the start of the festive period.

Television writer Avril said: 'My husband and I moved up to the village from London in 1978 for a more meaningful life.

'We saw that the local post office had a Christmas tree which was covered in fairy lights and it really stood out.

'Because of our position in the village we decided to do the same thing so planted the tree when we moved in.

'It's safe to say we weren't expecting it to still be standing almost 40 years later, nor to have grown to such a height. It's become a bit of a village landmark.

'For the last three years we've had a switch-on event with a fairground organ and a steam traction engine – the owner heats up mince pies in the boiler.

'A lot of people in the village say that it's the start of their Christmas.

'We even get cards addressed to the tree which is quite sweet.'

Mr and Mrs Rowlands used a single string of Christmas lights to decorate the tree during the early 1980s but as it grew the couple had to buy more and more lights.

Last year they raised more than £1,000 for Cancer Research and Worcestershire Royal Hospital Cardiac Care Unit, which saved Chris's life after he suffered a heart attack.

This year the couple have chosen to raise money for Midlands Air Ambulance.

Retired BBC editor Mr Rowlands said: 'After a few years we realised the tree was growing taller and taller and getting more and more attention, so we decided we'd like to use it to raise money for charity.

'We are very proud of the tree and it does look incredible each year with the lights on it.'

Inkberrow is one of a handful of villages in the country which doesn't have any street lights and the tree can be seen from a mile away at night when it is lit up.

A spokesman for the Forestry Commission said: 'This is a remarkable tree which has obviously been taken care of.

'Pine trees can grow to huge heights so time will only tell if this one grows any larger.' "

We take our hats off to these two as they clearly do put a lot of work into looking after this tree, just like us. Have a look at our range of real Christmas trees on our online shop, you wont be disappointed with a tree from The Christmas Tree Farm. We put a lot of time and care into the production of our trees, just like Avril Rowlands and her husband Christopher.

It’s not long now until Santa, Rudolph, Dasher, Dancer, Prancer, Vixen, Comet, Cupid, Donner and Blitzen visit our homes with just 11 sleeps to go! We are extremely busy here at The Christmas Tree Farm, which is why we must warn you, get your orders in as soon as possible as we don’t want to disappoint you when we sell out of your favourite tree.

Last weekend, we were graced with a wonderful visit from Santa himself! We want to thank all of you who gave us a visit and got your wishes in with Mr Clause. We are sure you are all on Santa’s nice list, so be expecting some lovely gifts.

Take a look at our online Christmas tree shop to view our range of fraser fir’s, nordman fir’s and blue spruce’s. You will be blown away with your real tree from The Christmas Tree Farm. 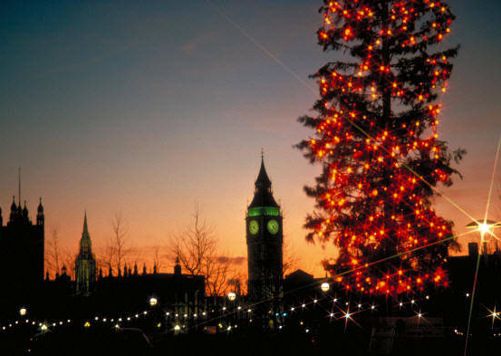 If it hasn’t been enough hearing about the tax avoiders Starbucks and Amazon recently, I’m sure hearing £12,000 of taxpayers money being spent by MP’s on Christmas trees will be!

We know that Christmas trees have the ability to lift the mood in the dullest of places, but surely £12,000 worth of trees isn’t necessary?! No matter how much mess the country may be in!

Here is what the Telegraph have to say about the matter:

MPs are planning to spend £12,000 on putting up Christmas trees and decorations this year, the House of Commons has revealed.

Parliamentary authorities also disclosed that the cost of annual Christmas parties for the Speaker, MPs, their assistants and House of Commons staff has tripled since 2009.

More than £4,060 was spent on staff carol receptions last year, with mince pies, mulled wine, sandwiches, wine and soft drinks served in state rooms at the Palace of Westminster.

This compares with just £1,408 in 2009, when just mince pies, mulled wine and soft drinks were on the menu.

Figures about spending on Christmas festivities were released under Freedom of Information laws.

The disclosure shows the parliamentary authorities receive their trees for free from the Forestry Commission but they have a big allowance for decorating and lighting them for Christmas in the House of Commons.

MPs have previously been in trouble over their spending on greenery. Almost £400,000 of taxpayer money was lavished on fig trees to decorate the office block of MPs, known as Portcullis House.

The authorities were spending more than £32,500 per year on renting just 12 fig trees from a private company but they promised to re-negotiate the deal earlier this year.”

In our opinion, here at The Christmas Tree Farm we love these huge Christmas displays out there, but spending taxpayers money shouldn’t be tolerated, especially at such steep prices!

If you’re office, home or business is looking for a real Christmas tree this year, take a look at our online real tree range. You won’t be disappointed! 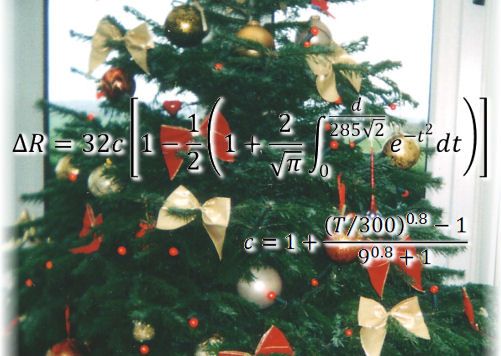 Continuing with the bizarre, yet fascinating headlines we have been posting about, we have now found out that the maths society of Sheffield University have worked out a formula which enables you to have the right amount of tinsel, lights and baubles!

Seeing as we spend so much time and effort ensuring your real Christmas trees are in pristine condition, it is only right you decorate your trees perfectly.

Have a read of this article the Metro posted on the story:

It may seem artificial but the formula for decorating the perfect Christmas tree has been cracked.

Getting the correct ratio of lights and tinsel is also crucial to lighting up your life, say students at Sheffield University’s maths society.

Their calculations suggest the tree-topping angel or star should be precisely one tenth the size of the tree. The number of lights required is found by multiplying the mathematical constant Pi (3.14) by the height of the tree in centimetres.

‘The formulas took us about two hours to complete,’ said formula creators Nicole Wrightham and Alex Craig, both 20. ‘We hope they’ll play a part in making Christmas a bit easier for everyone.’

The work was commissioned by department store Debenhams.

Christmas decorations buyer Sarah Theobold said: ‘The formula is so versatile it will work for a tree large enough for the Royal Family at Balmoral but also on trees small enough for modest homes.’

I know we will be trying out this amazing discovery this year, I am certain you lot will too. Let’s face it, it is a strange discovery, but so very useful and handy, especially at this time of year!

So if it’s a fraser fir tree you will be decorating this year or perhaps a pot grown Christmas tree, don’t forget to do your maths first!